Wellness, balance, healing…..all popular buzz words that sound enticing and are easy get started with the latest craze, but how do we really achieve amidst the reality of our fast-paced world? Here we’ll bring you insight into how find wellbeing and peace for body, mind, and spirit. 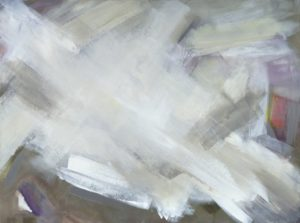 We Welcome Diana Ulman at Haven

We are excited to announce our new artist, Diana Ulman, who is showing her work in acrylics, pen and ink, mixed media at our Haven on the Lake location.

Diana is an artist, interior designer, community volunteer, and a cancer patient advocate with the Ulman Cancer Fund For Young Adults.  Diana loves working in acrylics, pen and ink, mixed media and collage, and often incorporates recycled materials in her pieces. She is passionate about art, design, family and her desire for social justice.

She and her husband Lou Ulman are the parents of former Howard County Executive Ken Ulman and his wife Jaki and former Livestrong President and CEO Doug Ulman and his wife Amy Grace. They have three granddaughters and one grandson.

The exhibit runs through November and all work is available for sale. Please join us at a reception honoring Diana on October 12th from 7p – 9p. RSVP here.

Given the close personal nature of all of our services, social distancing in the treatment room is not possible. However we have taken the guidance from the CDC, state and county officials, industry leaders, and some of our own ingenious ideas to keep our staff and guests safe. We have taken contact tracing and COVID-19 epidemiology courses to understand how the virus is spread and take extra precautions to do our work, and also our part to beat this disease. Every practitioner we employ has a state license, under which strict sanitation and infectious disease training were a part of their original education as well as continuing education. That, layered with our COVID-19 training, we feel confident we have an excellent plan in place.

WHAT YOU CAN EXPECT
> Electronic forms – you will receive e-forms to fill out before arriving. A new COVID-19 intake form, required to be completed within 24 hours of your appointment, will ask about symptoms and exposure.
> You’ll text us when you arrive so we can meet you at the door. Our waiting area will be closed.
>Temperature checks – our staff are required to take their temperature before coming in for shift, and we will take your temperature upon arrival.
>No shoes – our staff have always worn TSP-only shoes, you will change into sanitizable slippers
>Please do not bring large bags or anyone else without who doesn’t have an appointment.
>We have social distancing markers and sneeze guards in our boutique.
>No kombucha, tea, or water. We’ll have some emergency water bottles, but please bring your own.
>We conduct hourly fogging with EPA and CDC approved disinfectant that is safe for breathing in
>We conduct routine restroom cleaning and public space surface cleaning.
>We have a whole-spa filter as well as upgraded HVAC system on our second floor.
>The rooms will have minimal decor and we have stringent cleaning protocols with CDC approved cleaners.
>For massage and acupuncture we require that you wear a face covering while supine. When lying down, we have a special pillow case in the face cradle that acts as covering, so you may remove your mask if you desire.
>We have an "incubator" plastic guard for our facial services, allowing you to remove your face covering.